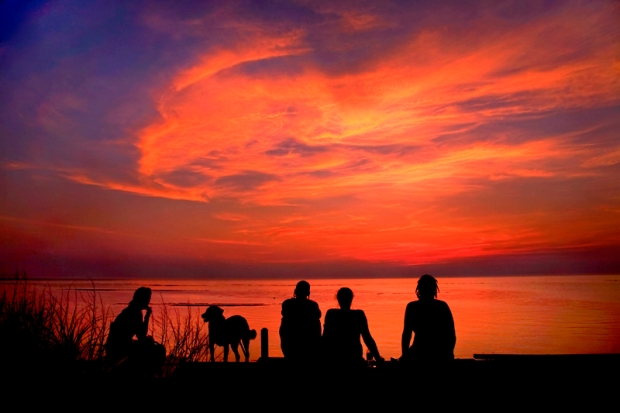 Let us first consider the following scripture:
Genesis 1:1 (NKJV)  In the beginning God created the heavens and the earth.

Genesis 1:17-22 (NKJV)   God set them in the firmament of the heavens to give light on the earth, and to rule over the day and over the night, and to divide the light from the darkness. And God saw that it was good. So the evening and the morning were the fourth day.  Then God said, “Let the waters abound with an abundance of living creatures, and let birds fly above the earth across the face of the firmament of the heavens.” So God created great sea creatures and every living thing that moves, with which the waters abounded, according to their kind, and every winged bird according to its kind. And God saw that it was good. And God blessed them, saying, “Be fruitful and multiply, and fill the waters in the seas, and let birds multiply on the earth.”

Psalm 24:1-2 (NKJV) The earth is the LORD’s, and all its fullness, The world and those who dwell therein.For He has founded it upon the seas, And established it upon the waters.

This summer I have had the blessing of spending most of the month of August down at the Jersey shore.  On cool mornings I enjoy taking a long walk along the bay, stopping for an ice coffee and often ending up sitting on the beach at the ocean.  The beauty of creation is everywhere.  The breeze, the flowers, the sky, the birds and the water all point to an amazingly creative Creator.  In the evening I love to sit by the bay and watch the sunset.  No artist could capture the color and the splendor of His palette or the resulting picture in the sky.

In the busyness of “regular” life let us take time to see the beauty of His creation and praise the Lord of all creation.  Blessed be His name.

Want to start your day from a great place??  Listen to “God of Wonders” by Third Day and Praise Him with all of your heart.  Go to: https://www.youtube.com/watch?v=Ly8LmcQq2Gw.