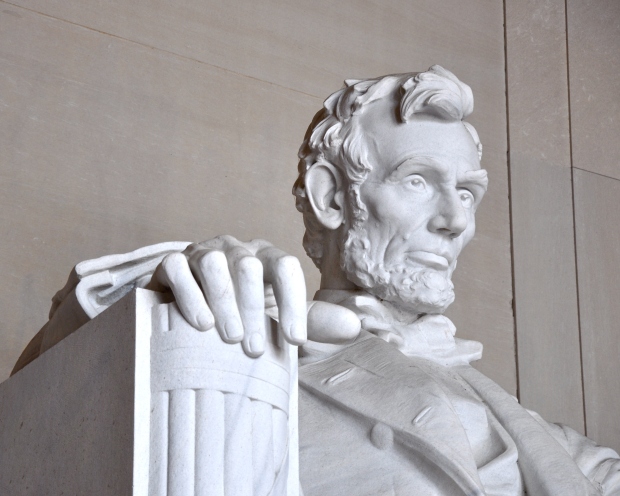 Recently my husband and I went to Gettysburg, PA to visit the site of the Battle at Gettysburg that took place during the Civil War.  If you are someone who enjoys learning our American History you will likely want to make this trip.  I could never say I enjoyed our time there, however, it has had a great impact on my life.

The Civil War resulted in more than 60,000 fatalities either from death on the battlefield or from disease.  I am not going to go into details of the battle as there is simply not enough room in a devotional to it justice.  Let me just say, as we ended our time at the National Cemetery, the cause of the war hit me.  Money had become an idol in our nation.  To protect the god of money, people used scientists, preachers and even the courts to protect keeping the idol of money.

The National Cemetery is the place where President Lincoln gave his brief, but amazing speech, The Gettysburg Address.  I would like to share part of it with you.

“Fourscore and seven years ago our fathers brought forth, upon this continent, a new nation, conceived in liberty and dedicated to the proposition that ‘all men are created equal’.… It is for us the living, rather, to be dedicated here to the unfinished work, which they who fought here, have thus far so nobly advanced. It is rather for us to be here dedicated to the great task remaining before us-that from these honored dead we take increased devotion to that cause for which they gave the last full measure of devotion – that we here highly resolve that these dead shall not have died in vain-that this nation, under God, shall have a new birth of freedom-and that government of the people, by the people, for the people shall not perish from the earth.”

President Lincoln had called for days of prayer, fasting and humiliation during the war.  The words he spoke seemed to me to be inspired by Holy Spirit.  And those words he spoke at Gettysburg, in my opinion, need to be declared again.  We need to dedicate our nation again under God.

Join me today in asking God to bring down the idol(s) of money, selfishness, greed, etc., in our lives and the life of our nation.  Declare you choose Him and only Him as your God.

I am the Lord your God, who brought you out of the land of Egypt, out of the house of bondage. You shall have no other gods before Me. You shall not make for yourself a carved image—any likeness of anything that is in heaven above, or that is in the earth beneath, or that is in the water under the earth;  you shall not bow down to them nor serve them. For I, the Lord your God, am a jealous God, visiting the iniquity of the fathers upon the children to the third and  fourth generations of those who hate Me, but showing mercy to thousands, to those who love Me and keep My commandments. (Ex. 20:1-6)

Rev. Patricia Wenzel is the founder and director of a state wide prayer ministry, PRAY New Jersey Inc. since 2002.  The ministry is committed to praying for and blessing those serving in authority positions in our state, particularly in government.  The ministry is also committed to equipping the saints to pray for those serving in government.  The vision and ministry is guided by the Word of God, in particular 1 Tim. 2:1-4 and Is. 61:11.  Pat is thankful for the ministry of America’s Keswick.  She graduated from Women of Character in July 2008.